According to the U.S. Labour Department, 6.6 million Americans file for unemployment benefits last week. It has doubled from the previous week’s tally of 3.3 million. More and more Americans realised that the world they live in is much more fragile than they once believed. An article from CNBC mentioned that the realisation is going to lead a generation that is less interested in taking risk, and they won’t mind if they’re leaving opportunity on the table.

According to the Prospect Theory by Amos Tversky and Daniel Kahneman, we tend to dislike losses more than we like an equivalent gain. For example: Which of the following would you prefer?   Scenario 1 (i)  A certain win of RM250, or (ii) A 25% chance to win RM1,000 and a 75% chance to win nothing?   Scenario 2 (i) A certain loss of RM750, or (ii) A 75% chance to loss RM1,000 and a 25% chance to lose nothing?   Tversky and Kahneman’s work shows that when faced with the first scenario, a greater proportion of people will opt for the riskless alternative, while for the second scenario, people are more likely to choose the riskier option. From this experiment, we learn that giving something up is more painful than the pleasure we derive from receiving it.

Will Malaysians behave the same and start taking less risk?

As the current situation is very fluid, my opinion may be pre-mature and outdated in the matter of days. Nevertheless, here is what I think: For simplicity sake, I categorise all Malaysians into 2 categories: The employers and the employees.

This is a group of people that are generally known for being a risk-taker. They do not mind taking debts and liabilities to grow their sales and revenue.   However, during times like this, many employers (companies) are seeing a huge reduction or almost non-existing revenue due to local and cross border shutdowns. To make matters worse, they will still have to absorb various costs and therefore creates a massive financial pressure on many employers.   The economy is almost impossible to return to normal even after the Movement Control Order (MCO) is lifted. Many companies are taking drastic measures to cut cost and finding ways to stretch the Ringgit for survival. This will cause the cash flow in the market to dry up.   As the money in the market has evaporated, companies that overleverage or depend solely on the flow of liquidity to stay afloat may no longer survive.   However, this can be a valuable lesson for employers.   Employers will learn the importance of having funds for emergency and not running on thin ice. Therefore, I believe most companies and employers will be more careful with overleveraging in the name of ‘growth’.

According to Bank Negara (BNM) in a recent virtual press conference, Malaysia’s unemployment rate is expected to increase to 4% this year, from 3.3% in 2019. This means it is estimated that more than 100,000 Malaysians will lose their job.   Will this be an impact that could lead to ‘a whole generation of supersavers’? At the time being, I don’t think so.   To have a whole generation of supersavers, in my opinion, we need to have an impact that will affect majority of Malaysians. Unless the economy will further deteriorate and more people will lose their job, most employees may not relate to the current changes in the economy. This is especially true during the MCO as they are working from home and various government efforts are put in place to protect the employees.   However, I would like to remind employees to not take things for granted. If you are fortunate to have a job during times like this, build up your emergency fund. Have sufficient money in your bank to sustain for at least 12 months of expenses.   Why 12 months?   I know that many financial planners encourage you to have 3-6 months of emergency cash, including myself. But this time is different. Besides social distancing, and we have no immediate cure for the pandemic, until a vaccine is available. This could take 12-18 months times for the vaccine to reach all patients.

As the pandemic has directly impacted a lot of employers, according to the Prospect Theory, I believe that they will be more sensitive on taking on risk for their business in the future. However, at the time of writing, most employees do not feel the same direct impact that their employers felt, therefore they may not change their behaviour unless they are being laid off.   Whether you are a directly impacted by the pandemic and the current financial turbulence or not, it is important to understand risk and take preemptive steps to mitigate them. 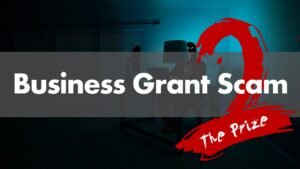 This is a follow-up story to yesterday’s post. At the time of writing, I am still in contact with the Scammer to understand how they 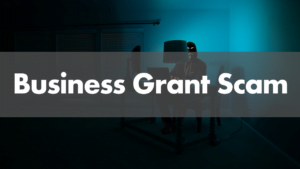 Looks like this is the scammer’s latest strategy – The Business Grant Scam. Didn’t think it would happen to me, until it did… 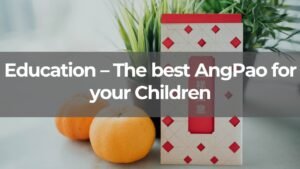 Education, is the best AngPao you can give to your children. Here are 5 steps to start planning.

Education could be the best AngPao you give to your Children. Learn how to plan for your children’s education fund in 5 simple steps. 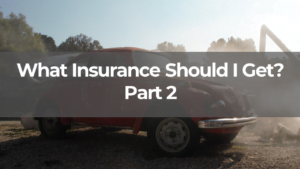 How to Choose Personal Accident Insurance in Malaysia

Personal Accident Insurance is the most under-rated, cost-effective insurance that many over-looked. Learn how to use this insurance to complement your insurance portfolio.

PrevPreviousFinancial Planners, Insurance Agents, Unit Trust Consultants – How Are You Adapting to The New Normal?
NextNo, travel insurance will not cover Covid, but here’s what you can doNext